We have years of experience caring for families from all walks of life, cultures and faiths. Our unsurpassed staff and our family provide kind, caring, professional service. Each family comes to us because they know we are leaders in our profession who are dedicated to excellence in service, adhere to the highest funeral industry standards, and have exceptional integrity. We consistently earn phenomenally high customer satisfaction survey results.

Our licensed, professional staff is here for you 24 hours a day, 7 days a week. Please call 806-352-2727 anytime. We will even come to you to make arrangements in the comfort of your home.

Prompt, compassionate service is always just a phone call away, where and when you need it.

Jim Schooler is a fourth generation funeral director with Schooler Funeral Home and continues to be active in day-to-day activities at Schooler. He is a member of both the Texas Funeral Directors and the National Funeral Directors Association. Jim brings his boundless energy to serving Amarillo through civic organizations such as the Better Business Bureau Foundation, the Amarillo Beautification Committee, and the Amarillo Special Events Venue Board. He is an active member of the Amarillo Chamber of Commerce, the Amarillo Downtown Rotary Club, and St. Thomas the Apostle Catholic Church. Jim supports the Amarillo Opera though his involvement with the Impresario Society.

He enjoys renovating and restoring residential as well as some commercial properties, including three funeral homes. Jim is an advocate for mental health causes and stresses the need for grief counseling and family care, especially for the families of suicide victims. He is currently an active and invaluable member of the board for Hope and Healing Place. 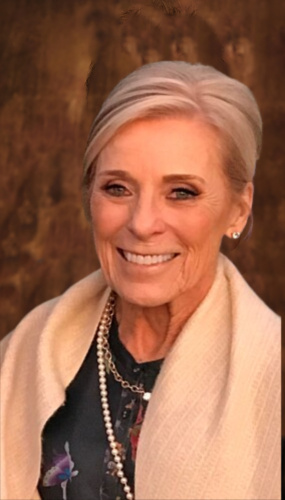 Mary Schooler has a great history of volunteerism in the Amarillo community. She is active in promoting women’s health issues as a past honorary chairman of the Panhandle Susan G. Komen Race for the Cure, the co-founder of Women in Touch (for breast cancer survivors), and a member of the Amarillo Breast Health Coalition. Mary chaired the advisory board of Baptist St. Anthony’s Hospice/Olivia’s Angels and she has served on the boards of Meals on Wheels and the St. Anthony’s Hospital Foundation. She is also a longtime volunteer for Meals on Wheels, a member of the Junior League Advisory Council, and the long-standing chairman of the annual Amarillo Community Prayer Breakfast. Mary was on the founding board of the High Plains Food Bank as well as the boards of Catholic Family Service, the Downtown Women’s Center, and Mothers Against Drunk Driving. She was named a Woman of Distinction (1986) by the Amarillo Soroptimists, the Outstanding Sustaining Member of the Junior League of Amarillo, and the Globe News Woman of the Year in 1995. She was honored as the Downtown Women’s Center 2008 Donor of the Year. She is an active member of St. Thomas the Apostle Church. Mary has been a volunteer with the American Cancer Society since 1996, volunteering with the Reach to Recovery visitation program for breast cancer patients, as well as being a Regional Trainer for the Reach to Recovery program. She also has served on the Board of Directors and Breast Health Awareness committee. In addition to volunteering, Mary also supports the American Cancer Society's fundraisers, such as the Cattle Baron’s Ball and Relay for Life.

Bonnie Patrick Morrison was born and raised in Amarillo and graduated from Tascosa High School in 1987.  Her early career was spent in the medical field.  In 1997, she began working at Schooler Funeral Home in Amarillo.  She graduated with as Associates Degree of Mortuary Science with the inaugural class from Amarillo College, under the guidance of Jason Altieri in 2000.  For over the next twenty years she would serve hundreds of Panhandle Families at both Schooler and Angel Funeral Homes.  In 2008 she was promoted to funeral home manager and managed both locations until she resigned her position in 2017 to explore other opportunities in the funeral industry.   Bonnie was active in Rotary, SPCA, and spent many hours supporting and volunteering for local hospices, community organizations and charities.

In 2017, she and her husband, Jim, took a leap of faith and moved across the country to North Carolina. For the next two years she managed Brooks Funeral Home and Crematory in Morehead City, a beautiful coastal town located in Eastern North Carolina.  Although they loved living on the coast, after experiences two major hurricanes in two years, Hurricane Florence and Dorian, the couple decided to make plans to move back to Texas to be closer to family and further away from hurricanes!  While in Morehead City, she was involved in Crystal Coast Networking and the BBB.

Upon returning to Texas in 2019, Bonnie worked at Robert Massie Funeral Home serving the families of the Concho Valley during the COVID epidemic. In September 2021, the opportunity to return home to Amarillo and to Schooler and Angel Funeral Homes was presented to her and she accepted the position.  The couple also look forward to spending more time with their two amazing grandchildren, Mazzy and Aslan.  They also have the rescue fur-babies, Monkey, Moose and Max.

In addition to having years of management and business experience, Bonnie is currently a licensed funeral director and embalmer in both Texas and North Carolina.  She is also a licensed crematory operator, an InSight Certified Celebrant and serves on the Jerry M. Speed Memorial Scholarship Committee. She is excited about plugging back into the community and once again serving the families of Amarillo and the Texas Panhandle. “I absolutely believe I have the best job in the world.  Is it hard, YES! Is it demanding, YES! Does it challenge me each day, mentally, physically and emotionally, YES! And I wouldn’t want it any other way!” Brandon is a lifelong Amarillo resident. He graduated from Amarillo College in 2018 with a degree in Mortuary Science. He enjoys caring for the families of his community with the upmost dignity and care. In his off time, he enjoys playing golf and spending time with his wife, Jessica and son, Braylon.

Misty has been working for Schooler Funeral Home since August 5, 2002.  Misty works in many aspects of the funeral home and enjoys working with the families that she meets. She has been working in image processing for Valero Energy since 1998. She has a 21-year-old daughter named Brianna, and they are members of Faith Clinic Church. 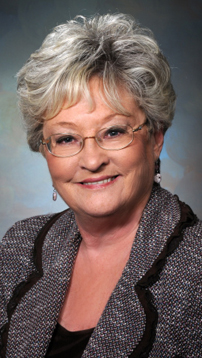 Mary Jo has been with Schooler Funeral Home for over ten years. She started as our evening receptionist and now works as our Insurance Representative assisting families with the filling of pre-need plans and private insurance. Mary Jo retired as Vice President of Operations from First National Bank in Canyon. She has two children, Brent, who graduated from the University of Kentucky and is self employed as a consultant in the railroad industry, and Teri, Women’s Athletic Director and Head Basketball Coach for Southlake Carroll Independent School District. Mary Jo enjoys traveling, reading, and attending her daughter’s team athletic events and loves her dog “Lil Bit.”

Sarah started at Schooler Funeral Home in July 2017. She has two sons, Travis and Tripp, both of whom are very active in West Texas Youth Baseball. Sarah was recently accepted into the Dallas Institute of Funeral Service, furthering her education in hopes to one day becoming a licensed Funeral Director and Embalmer. 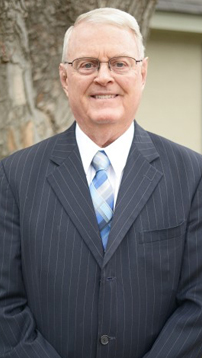 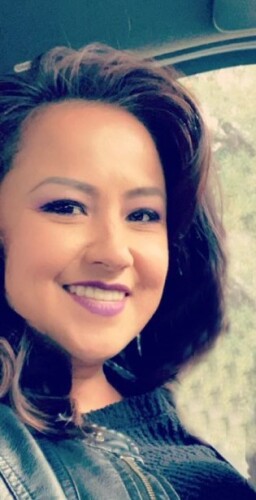 Eugenia Garcia better known as “Genie”, was born in Chihuahua, Mexico. Her parents moved to the United States when she was 3 years old. Genie has lived in Amarillo since she was 6. She graduated from Palo Duro High in 1999. Genie has been married to her high school sweetheart since 2001. They have 3 wonderful boys, Anthony, Matthew and Jacob Garcia. Genie attended Amarillo College of hair design and got her cosmetology license in 2000. She attended Clarendon College in 2016 and graduated with her cosmetology instructor license. When Genie is not at the funeral home she enjoys cooking and baking for her friends and family.  Her motto in life is “You only have one life, enjoy every minute of it.”

Carl McMillen has been a Schooler Ambassador since 2016 when he began assisting funeral directors in meeting the needs of families. A native of Fort Worth, Carl is a Veteran and a graduate of Howard Payne University. His professional career has included TV Broadcasting and Public Relations for non-profit organizations. Now in his retirement years, he enjoys being with family and making custom knives.

Jose started working at Schooler in October 2020.He is married to his high school sweetheart, Genie since August 2001 and together, they have 3 boys.Jose has worked for the Amarillo Fire Department since November 2004 and is currently ranked as a Lieutenant at the downtown station. He also serves on the fire department honor guard.In spare time, Jose likes to travel internationally, snowboarding, and enjoy lazy days at the lake.

A native Texan, Eric has lived in Amarillo since 1997. He marketed Amarillo across the nation and around the world for the Amarillo Convention & Visitor Council for more than 20 years. He is active in Polk St. United Methodist Church and serves on boards and committees for Palo Duro Canyon State Park, Panhandle-Plains Historical Museum, Historic Route 66 and the Amarillo Zoo. He is starting a freelance writing career, too. He looks forward to serving Schooler’s clients.

Ashley has been working for Schooler Funeral Home since June 2021. She grew up and graduated high school in Poteet TX. After high school Ashley moved to Amarillo and went to school to become a medical assistant, and has been working in the medical field since then. She recently got accepted into Dallas Institute of Funeral Services, to hopefully one day fulfill her passion in becoming a funeral director and embalmer.  Ashley married her husband Jr in 2008 and together have 3 amazing kids, Ashriana, Trey and Josh.

You are welcome to call us any time of the day, any day of the week, for immediate assistance. Or, visit our funeral home in person at your convenience.